This year’s dinner took on the theme of Be the light at the end of this pandemic, encouraging giving after the government announced further easing of community measures. Back then, the Covid-19 pandemic greatly disrupted all segments, including our charity organization. Thus, we sincerely appeal for public support to ensure the future development of the institution. As part of the fringe activities, several scenes of eye-catching backdrop were installed outside the ballroom, where guests posed for photos to their hearts’ content in a perfect manner.


During his address, Minister Ong Ye Kung highlighted MOH, in collaboration with local TCM groups and organizations, set up two workgroups in 2021 to look into TCM Clinical Training Programme (CTP) and TCM Career and Remuneration Guidelines (CRG). This is to strengthen TCM practitioners’ clinical capabilities and help them become confident in conducting clinical outpatient consultations independently. Apart from this, he pointed out that CRG aims to provide a structured career progression and remuneration framework for the recognition of TCMPs in clinical practice. The workgroup recommended a four-level career progression and corresponding TCMP titles, to encourage them to strive for excellence and raise their professional standards. Minister Ong also revealed MOH will look into how to include highly competent TCM practitioners in the national healthcare management system, for them to contribute to Healthier SG.


After his speech, Minister Ong then presented appreciation plaques to the 18 major donors in recognition of their generous donations towards this event’s fundraising target. Minister was then invited to a photo session with 16 STCMI physicians who received their Certificate of Professional Title. The institution also gave a special Chinese Calligraphy to Minister Ong at the end of the session. This was followed by the cake-cutting and wine-toasting ceremonies. The board of directors went onstage to toast all guests for their kind support. Guests reveled in a series of classic songs and elegant dance performances while enjoying the sumptuous dishes.


Toward the end of the event, STCMI Vice Chairman Mr. Teo Kek Yeng took the stage to express STCMI’s gratitude to those who have contributed in one way or another to Thong Chai’s operations and fundraising campaigns. He reported that through this event, STCMI has raised approximately S$4.1 million, which exceeded the initial target of S$3.0 million.


STCMI was thrilled to have generous and unwavering support from all. Thus, the institution will continually uphold its vision and mission of providing free TCM treatment to all in need, as well as pursuing innovations that transform and advance care for Thong Chai patients. 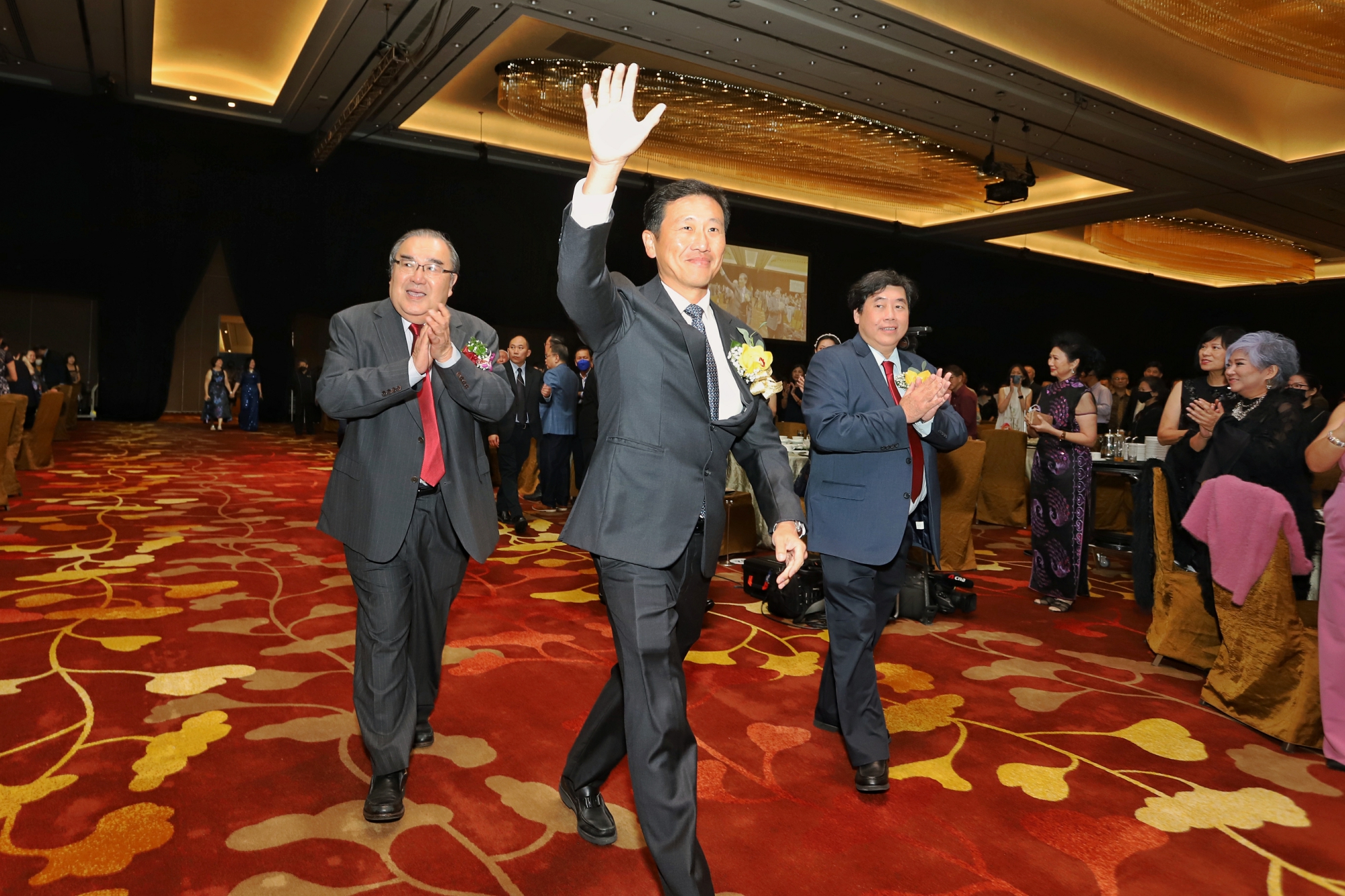 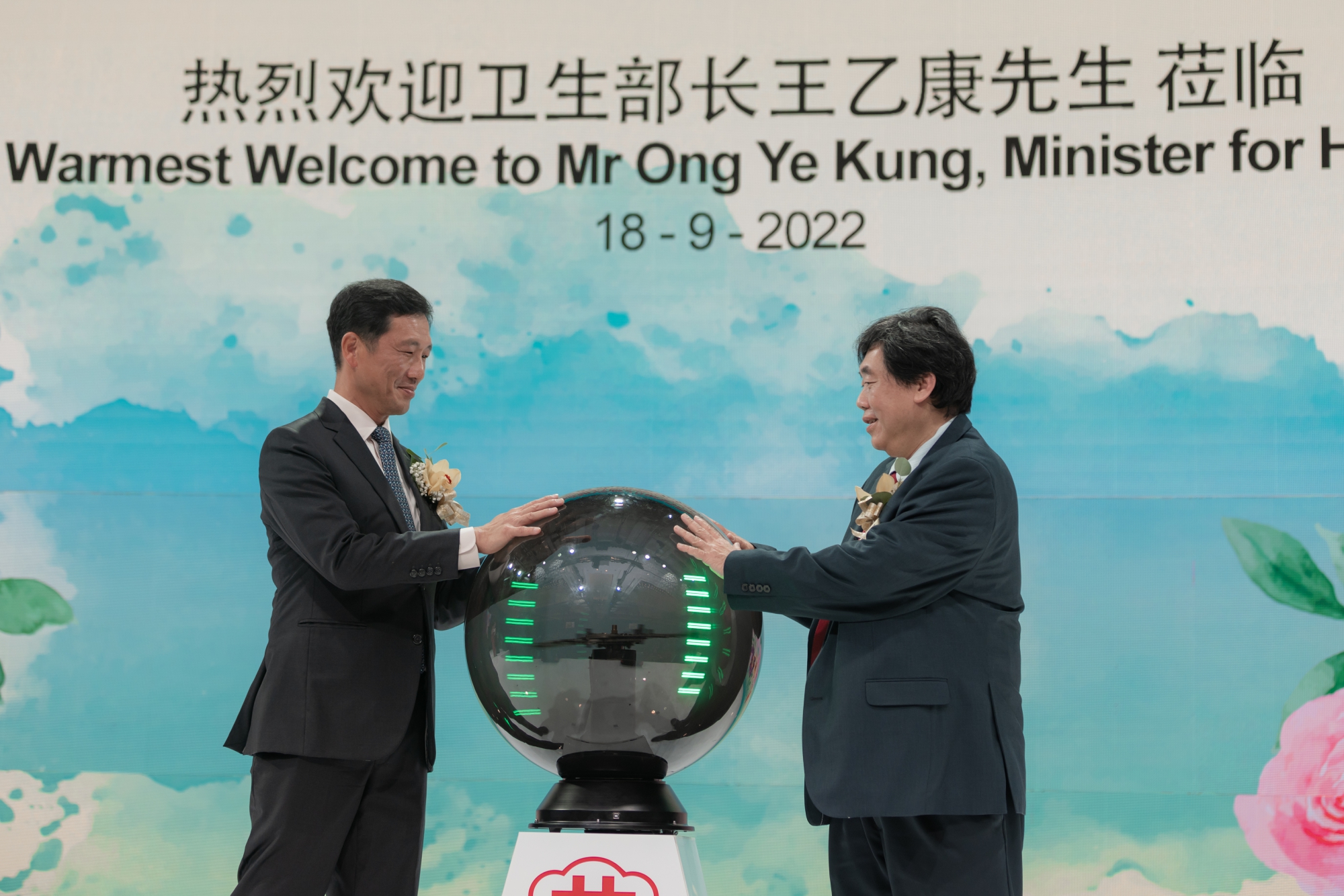 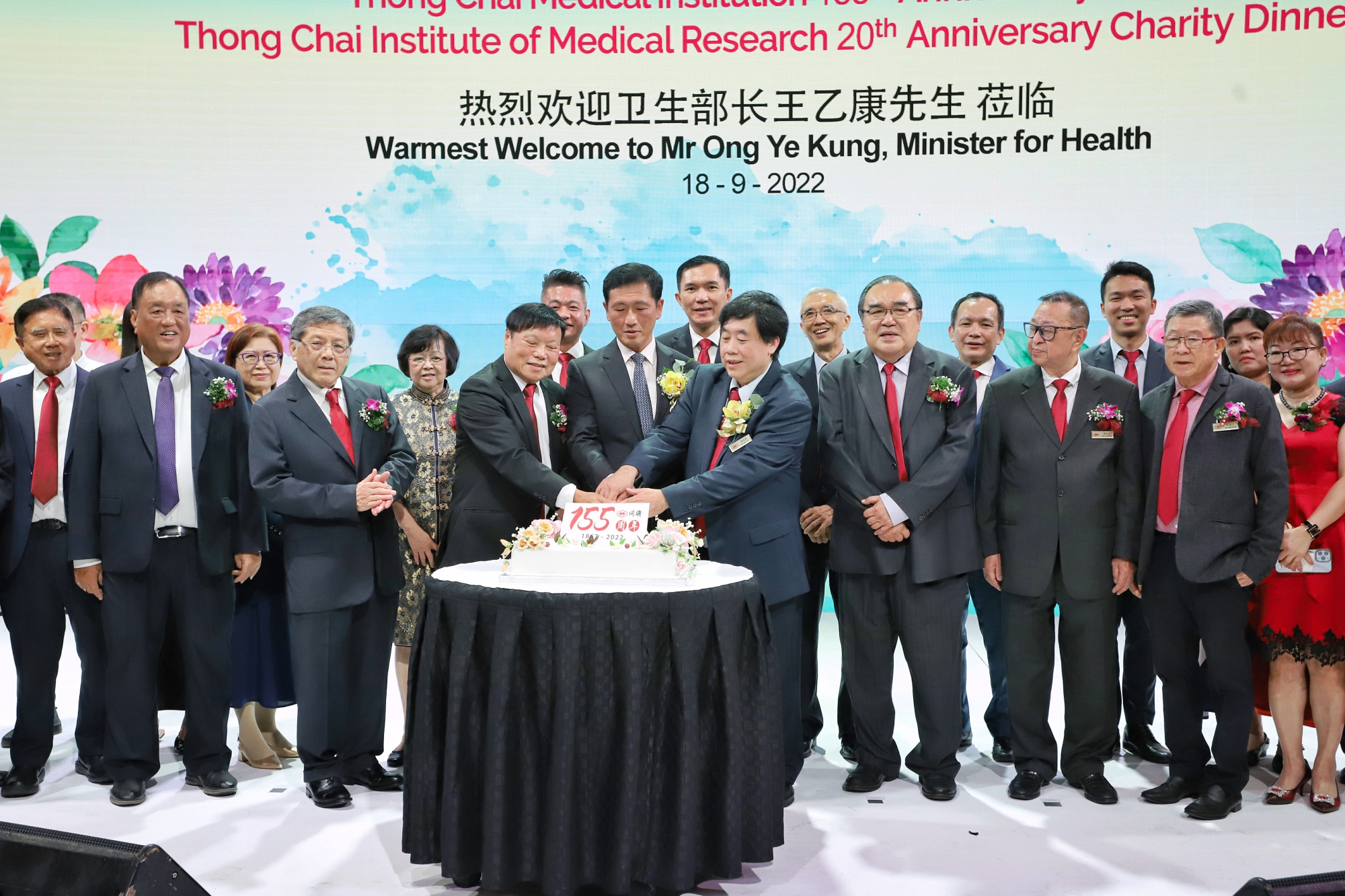 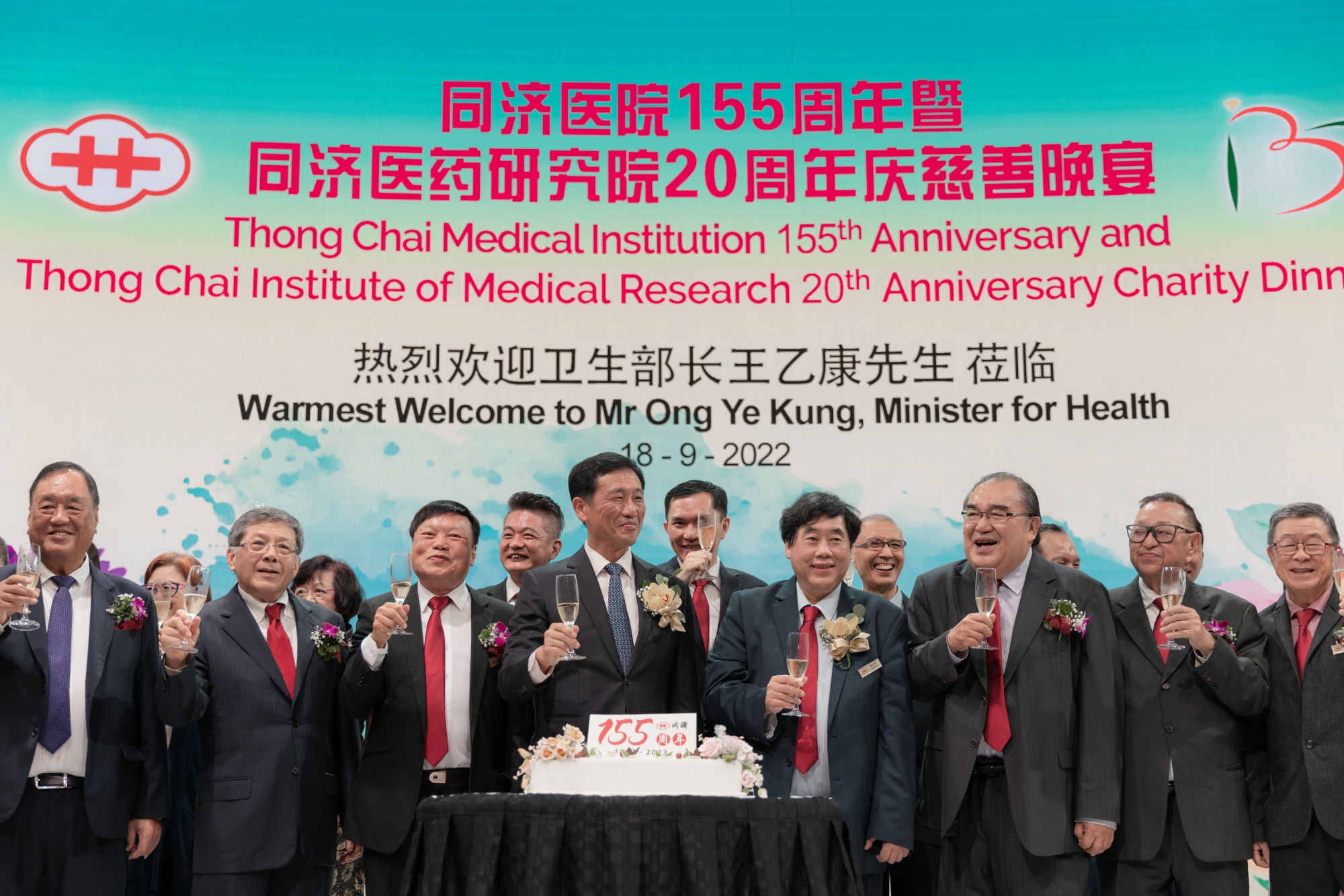 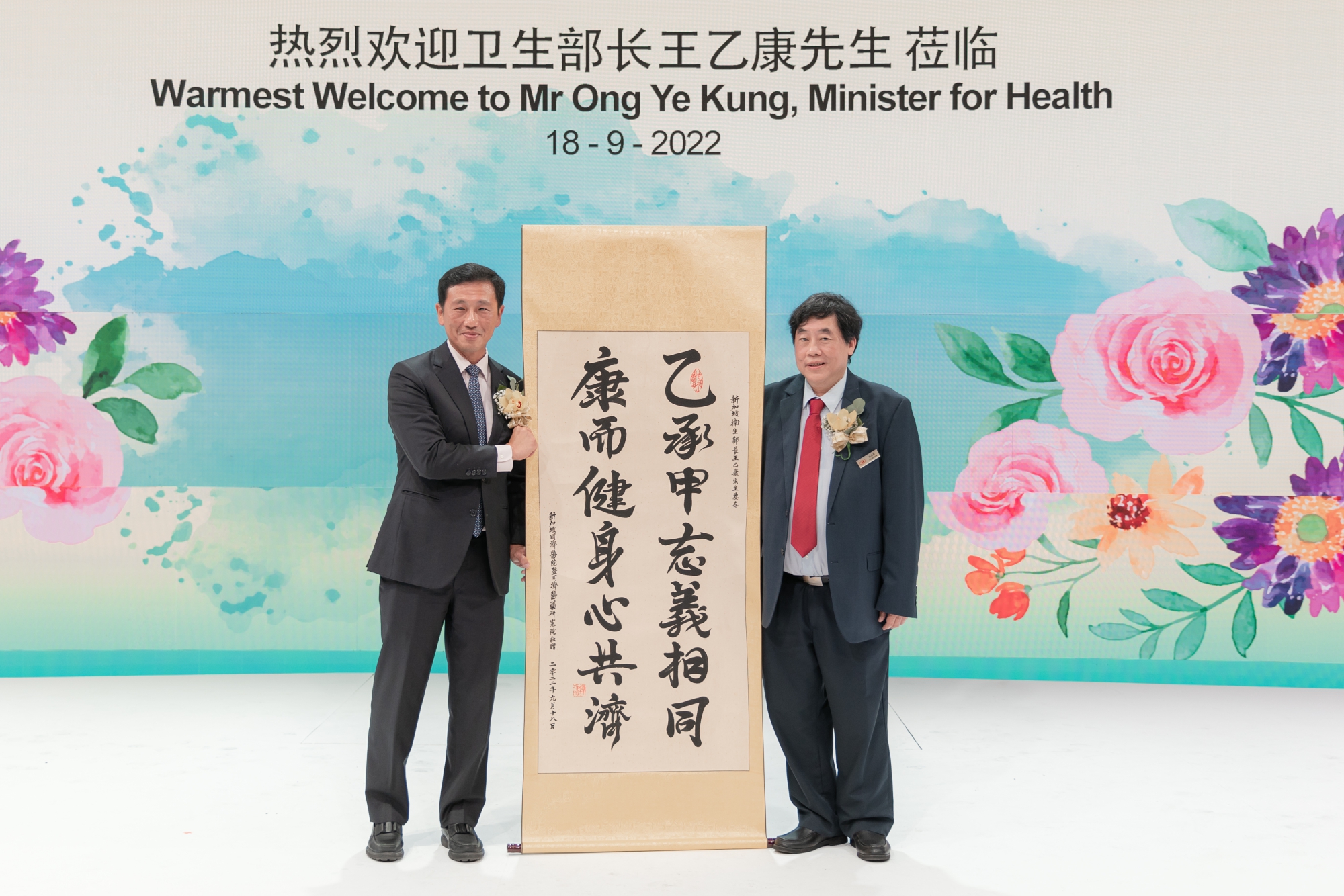